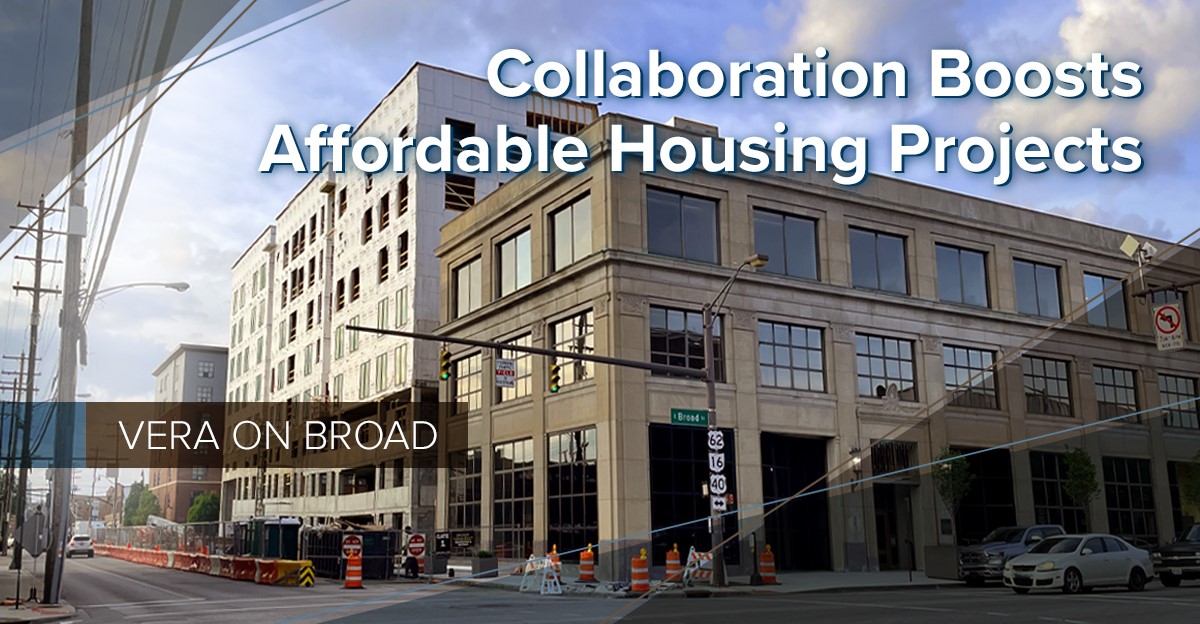 If you’re a fan of influential business professor and commentator Scott Galloway, a recent entry in his “Chart of the Week” series might have caught your attention.

In it, he illustrated a problematic trend: since the pandemic, the share of households valued at $1 million or more in the U.S. has increased dramatically. According to Galloway, low mortgage rates and the shift to work from home drove demand that outpaced supply (largely due to labor shortages and supply chain issues). By the end of February 2022, a record 8.2% of American homes were worth at least $1 million — almost double the pre-pandemic share, and eight times the rate 20 years ago. One reason: record high ownership of homes by investors. “As the wealthiest investors pile into the most tax-advantaged asset class in America,” said Galloway, “everyday Americans are increasingly shut out of it.”

Like most large American cities, affordable housing is a serious challenge in the Columbus Region. It has become a top priority for the Finance Authority and many other organizations that serve our community. Together, we are investing time and energy into collaborative relationships and programs that encourage investment so more people in our growing city have a place to live and thrive. Our financing options, coupled with other programs supporting  low-income housing, help decrease overall project costs and spur development.

There are a number of ways the Finance Authority and others help stimulate investment in low-income housing. As an Ohio Port Authority, we may provide construction cost savings and serve as the issuer of either taxable or tax-exempt bonds based on the project qualifications.

Woda Cooper is working with CFFA to finance the Lockbourne Greene project, slated to open mid-2023. The 60-unit general occupancy community is being co-developed with faith-based Community Development for All People. It’s the first Woda affordable housing development to use this structure.

“The need for affordable housing is felt across the continuum of housing types,” said Woda Cooper President Jeffrey J. Woda, “including general occupancy and age-restricted housing. More housing is needed for workforce residents near jobs and transportation lines, as well.” His company is focusing on these and other related solutions.

“To further stabilize families, we’re also creating more housing that is coupled with services that families need to be successful,” said Woda. Three of the company’s latest developments in Columbus, including Lockbourne Greene, include onsite early learning centers to provide working parents with access to high quality child care.

“As an affordable housing developer, we value the financing options offered by the Columbus-Franklin County Finance Authority to help leverage our traditional financing,” Woda added. “We’ve enjoyed working with them. We plan to use this product on future developments and look forward to a continued partnership.”

It’s believed that more than 50,000 residents in the Columbus Region spend 50 percent or more of their income on housing. And that number is growing. Here is a closer look at some other programs that help developers fill their affordable housing project capital stack.

A frequently used mechanism for affordable housing development, LIHTCs provide a tax incentive to construct or rehabilitate affordable rental housing for low-income households. Since it was enacted as part of the 1986 Tax Reform Act, the program has supported the building or rehab of more than 2 million units around the country.

Here’s how they work. According to the Brookings Institute’s Tax Policy Center, the federal government issues tax credits to state and territorial governments. State housing agencies then award the credits to private developers of affordable rental housing projects through a competitive process. Developers generally sell the credits to private investors to obtain financing. Once the housing project is made available to tenants, investors can claim the LIHTC over a 10-year period.

Many types of rental properties are LIHTC eligible, including apartment buildings, single-family dwellings, townhouses, and duplexes. Owners or developers of projects receiving the LIHTC agree to meet an income test for tenants and a gross rent test.

“This is a great program, but there are unique requirements to take full advantage of it which typically limits the players in this space,” said Ryan. “The LIHTC developer can bring their expertise to the table, while the CFFA team brings ours.  The resulting overall lower cost is well worth the time invested in collaborating.”

This briefing by the Tax Policy Center provides a helpful overview of the program as well.

Ohio doesn’t offer its own state-level LIHTCs, but House Bill 560 proposes the adoption of the tool by state legislators. If passed, affordable housing developers will gain access to a state tax credit in addition to the Federal tax credit, which should increase interest in Ohio affordable housing projects.

The program is designed to encourage creation of new affordable housing units, whether new builds or renovation of existing structures that were not previously rent- or income restricted or occupied. Renovation of existing residential units, including those that are not currently rent- or income-restricted, are not eligible for this pool. The competitive application process for this program began May 5, 2022, and applications are due to Franklin County on June 17.  Click here to review the application, which includes general information and timelines.

“The Franklin County Magnet program has successfully supported 11 affordable housing developments that will result in 802 new affordable rental units,” said Franklin County Board of Commissioners President Erica C. Crawley.  “These aren’t just houses or apartments. They’re homes for actual Franklin County families who are working hard to get ahead in a difficult economy and housing market. We’re eager to move forward with the next round of projects.”

Lockbourne Greene is also supported by the county’s new $15 million Affordable Housing Linked Deposit pilot program at no cost to taxpayers. The Linked Deposit program launched under the leadership of Franklin County Treasurer Cheryl Brooks Sullivan places funds into interest-yielding investments at three area private banks, which will re-invest the proceeds in the proposed housing development.

In 2019 Columbus voters approved a $50 million bond issuance to support a dedicated affordable housing fund. Last October, city and community leaders outlined a plan to allocate the city’s $50 million bond fund dedicated to affordable housing projects. According to the city, the bond funds are expected to leverage more than $270 million in public and private sector support and result in more than 1,300 new housing units for people earning less than 80 percent of Columbus’ area median income — less than $46,000 per year or families of four making less than $67,000.

“The reality is that $50 million is not nearly enough money to address our housing crisis, but it is a start,” said Councilmember Shayla Favor. “The best way to maximize these dollars is through partnership with developers who receive Low Income Housing Tax Credit support from the state of Ohio and filling in the remaining financial gap to ensure we’re getting units online as quickly as we can.”

Columbus Mayor Andrew J. Ginther has stressed how vital affordable housing is to the well-being of residents. “From expanded access to education and employment to improved health, wellness and stability, having a safe, reliable place to call home lifts people up and moves communities forward,” Ginther said.

Established in 2001, AHT is an independent, non-profit lender that works with the private, nonprofit and public sectors to develop affordable housing opportunities within the City of Columbus and Franklin County. In February 2016, AHT became a certified Community Development Financial Institution (CDFI).

The organization provides loans to local community development corporations, builders and developers for the construction, acquisition and rehabilitation of affordable rental, supportive and home ownership projects.