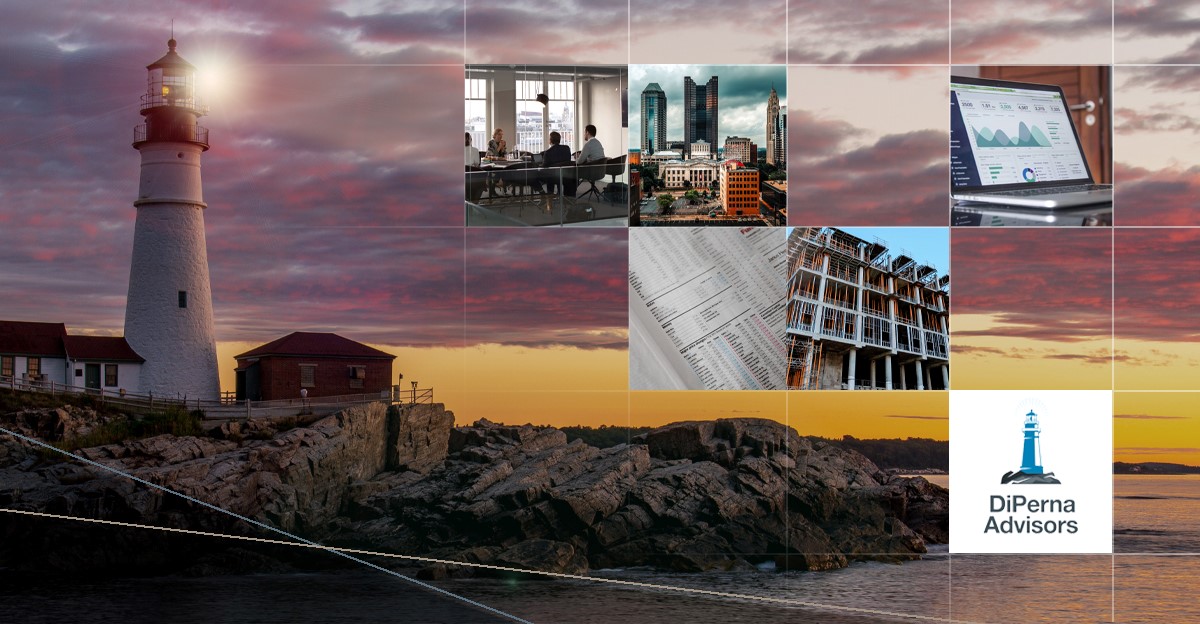 The Finance Authority helps fund a wide variety of development projects, from parking garages to large mixed-use concepts. And no two deals are alike. Yet there is one constant in many CFFA engagements: DiPerna Advisors.

The firm and its founder, Michael DiPerna, have served as CFFA’s financial advisor for most of the Authority’s existence. “DiPerna Advisors brings an important skill set that complements the CFFA staff expertise,” says CFFA President Jean Carter Ryan. “His experience, insight, and guidance have benefitted many communities and many projects.”

Ask DiPerna about his impact on local development, and he brushes aside praise. But the numbers tell the story: He estimates he’s been a part of nearly 1,000 projects over his 30+ years as an investment banker and development deal advisor. Press him on how many millions of square feet of projects he’s helped fund across Ohio, working with literally every port authority in the state (all of which he helped establish), and he says it’s more than he can calculate.

Raised in an economically challenged part of northeast Ohio, he’s seen first-hand the positive impact development can have – or not have, if it’s not pursued. Based in Columbus since 1979, he’s witnessed and had a hand in the transformation of this and other cities around the state. “Michael has been important to not just CFFA, but development throughout Ohio, because he serves in a similar capacity to several other Ohio finance authorities and developers,” says Ryan.

In this recent conversation with him, DiPerna told us about his background, his firm’s unique role, and why he continues to be so bullish on development in Ohio. Here’s a closer look.

How did you get started in financing?

I started working for the state of Ohio in 1983 making economic development loans using the ORC Chapter 166 $160 million bond program paid for by state liquor profits. Through that, I was introduced to an investment banking firm based in Minneapolis, and I helped them start an office in Ohio in 1986. Later, I worked for McDonald & Company, then later Robert W. Baird for 25 years. In 2011, l started my own financial advisory firm. Today we have seven people on staff.

What is the purpose of DiPerna Advisors?

We help people solve the challenging financing components of their projects. There are many financing components to a development project. A lot of them are financed through conventional funding. Typically, a developer can borrow a 75% loan to value on traditional assets. But the hard parts are the infrastructure, the parking decks, the things that you can’t quite finance through the net operating income of a project. They’re really hard to finance that way. So when it comes to these components, we can solve many of these challenges by using various sources of money we know how to uncover.

You helped establish the CFFA’s Central Ohio Regional Bond Fund. What has made it so successful?

The fund’s investment-grade, A- S&P Global rating. Investment portfolio managers buy our bonds because they’re highly rated, which allows us to fund these projects. It’s all based on reliable revenue-stream commitments from the project developers.

You’ve said that it can be hard to connect revenue streams to infrastructure components of a project, which is the Finance Authority’s focus. How do you make that work?

How do you work with CFFA?

We’re involved as a financial advisor, and I’ve done 500 or 600 projects with different port authorities.  We look at every deal. We do what’s called a credit write-up on every single transaction that documents if and why we recommend the project for their fund, and how, we believe, it will uphold the integrity of their fund.

Why is that integrity so important?

Imagine 30 projects stacked on top of one another. If one goes bad, it in theory can cause a foundational shake and cause a problem. So we have to make sure every deal is a really great deal. We won’t say it will all be perfect forever and ever. But if something happens to it, we want to make sure it doesn’t harm the foundation. It’s no different than running a business.

How many bond funds like this do you help underwrite throughout Ohio?

Bond funds in Toledo-Lucas County, Dayton-Montgomery County, Cincinnati-Hamilton County, Summit County, Cleveland-Cuyahoga County, and Columbus. All of these funds are port authority regional bond funds with A- investment grade ratings that can stimulate projects and finance the challenging components of development projects.

Funds from the Central Ohio Regional Bond Fund may support a relatively small part of a project’s financial stack. Do you ever worry about the other financing components you aren’t a part of?

We worry about everything! If we’re doing a parking deck for a hotel, we want to make sure, obviously, the hotel’s financed and closed. We want to see a reputable contractor with a guaranteed construction contract. We want to make sure we have a flag that is reputable, like a Marriott or Hilton. Because the hotel has to be successful. We can’t just build a parking deck and hope the hotel will get built. No way. So we coordinate the closing of both components together.

At a high level, how does TIF financing work in a situation like this?

Typically, the net operating income from the hotel can’t pay for the garage financing too. It’s just too expensive. So the developer goes to the community and asks, “Will you share some of the increased value of the real property tax revenue?” We’ll use, for example, 25% and we’ll pay for the bonds to finance the garage. And they say, “Heck, that’s a good deal.” We secure the tax component and thus the garage gets built, making the hotel viable, and altogether, it works.

To put it most simply, you make financing easier for the parts of any given project that lack a conventional source of revenue, correct?

Yes. We target different types of revenues that a lot of people wouldn’t know exist or are available. We target and monetize those revenues to create money today for people to do projects.

Are there situations where a proposed project is an immediate non-starter? Where, for example, a municipality reaches out to you for help and you immediately know it’s not a good fit?

Absolutely. Fifty percent of the deals we look at are probably in that category. The problem is, they’re speculative deals lacking secure repayment streams.

Someone says, “Hey, I want to build a new sports facility.” I’m not against it, don’t get me wrong. But you don’t have any guaranteed revenues. However, let’s take that in contrast to a hotel. Is that also speculative? Yeah, it is. But still, I’ve got other people that are betting on that hotel, and then I’m taking a small portion of the revenues from that hotel to help build a parking deck for that hotel.

What makes the Finance Authority as trusted and successful as it is?

You assisted in the creation of the Ohio DOT State Infrastructure Bank back in 1988. It seems like you’re a guy who just likes to build stuff and create programs where they didn’t exist before.

Absolutely! We also created the Ohio Enterprise Bond Fund, and many other investment-grade and economic development loan programs. Not only do we create a program, but then we constantly innovate in that program itself. We’re always coming up with new ideas and new structures to make a program stronger.

Your firm has a lot of young faces. Tell me about how you choose who to work with.

We select the best and brightest. They’re young, in their late 20s and 30s, and they’re going to be superstars because they are trained how to structure deals, how to close deals, and how to maintain good deals. I tell them constantly: you never, ever, ever cut corners. And that, honestly, is why I’ve been around so many years.

Has the nature of deals changed over the past 10 years? Have you seen any trends that are noteworthy?

Given all your experience here, and your mentorship of young people in the industry, you have to be bullish on the state of Ohio.