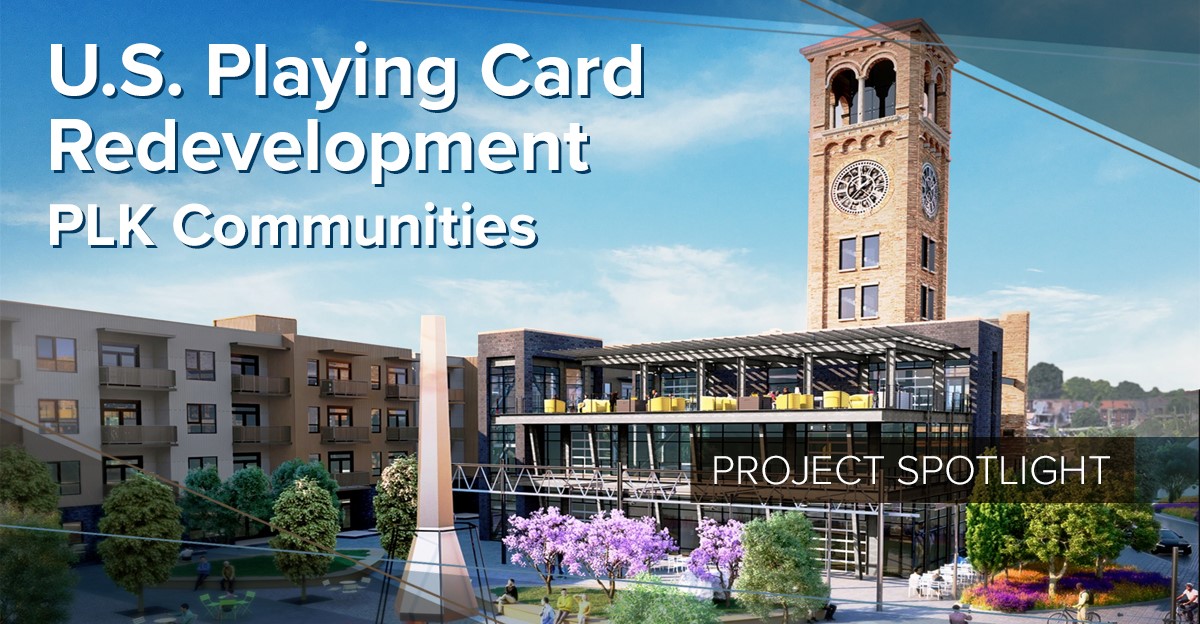 The United States Playing Card Company had been printing and cutting decks of Aviator, Hoyle, and Bicycle brand cards in Norwood, Ohio, for more than a century. But when their operations relocated, the 30-acre site was ready for redevelopment. The $100 million project envisioned by PLK Communities includes a balance of apartment living, retail spaces, public parks and parking — even a brewery and food innovation hall — all built around the restored, historic clock tower. 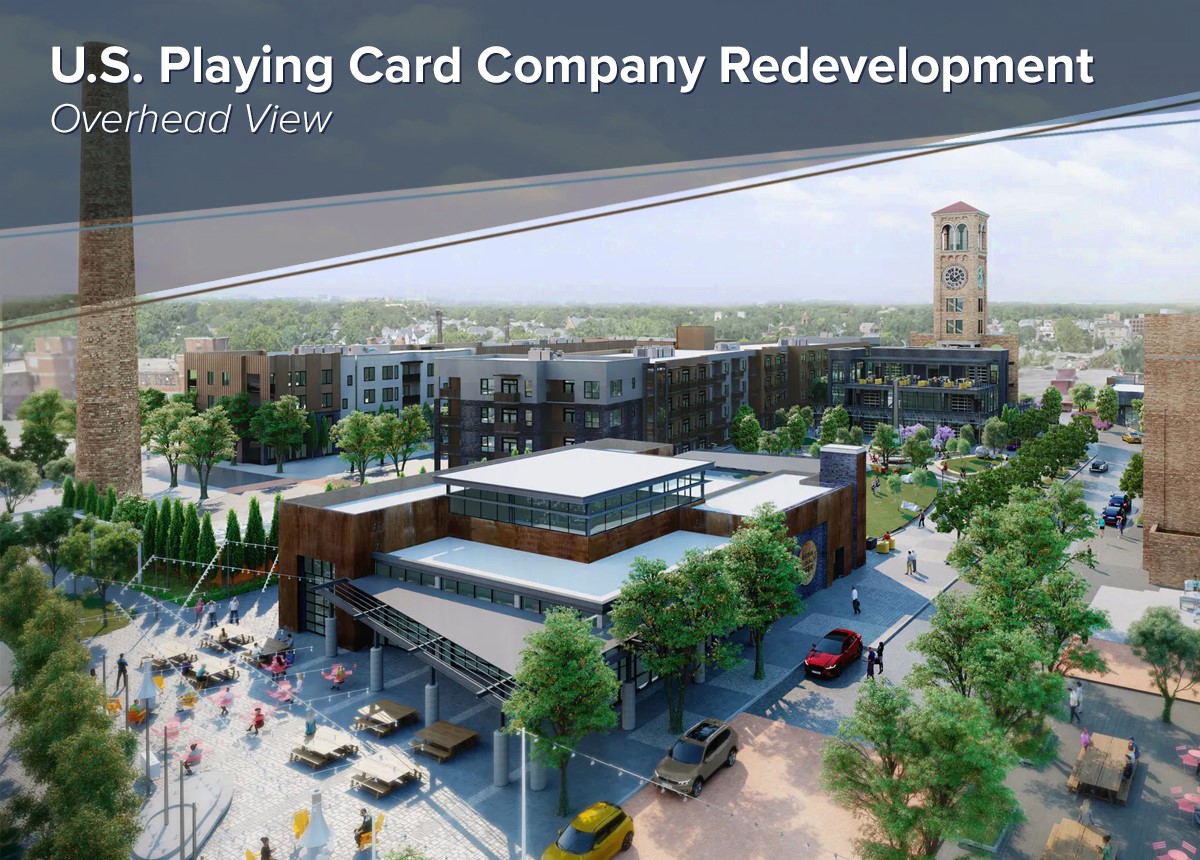 The $11 million partnership between the CFFA and the Cincinnati Port and private investment will revitalize the once idle manufacturing site by creating:

“Partnering with fellow port authorities on ambitious projects like this reduces exposure by a single authority,” said CFFA President Jean Carter Ryan. “We love to see collaborations like this around the state.” Columbus-based DiPerna Advisors and Squire Patton Boggs provided consulting assistance on this project.