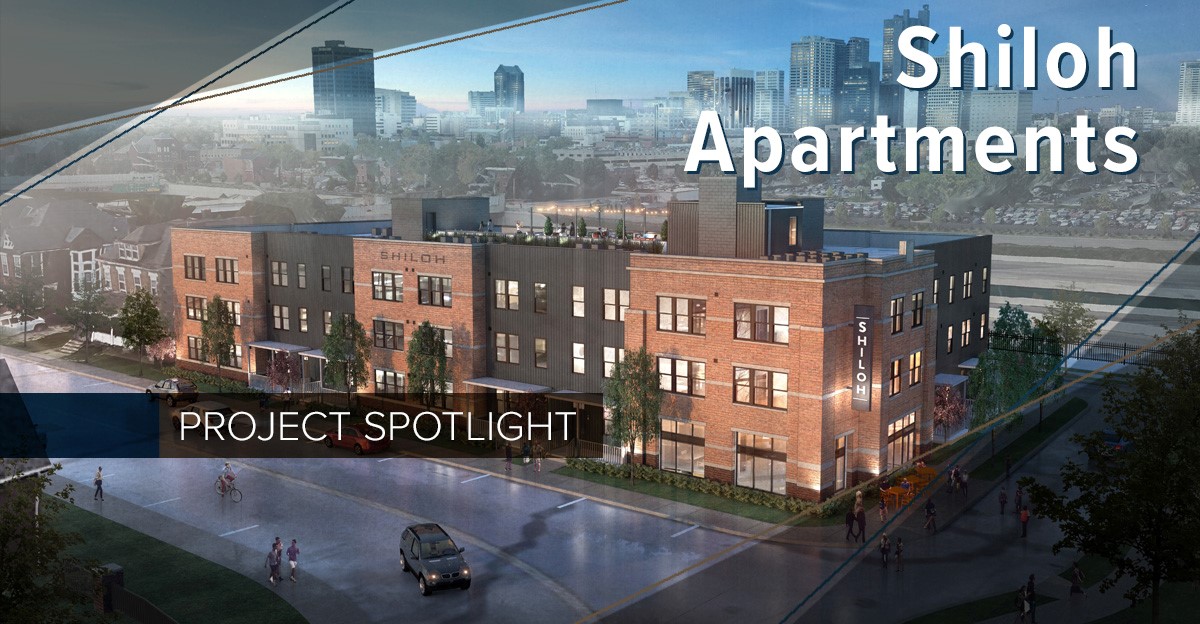 It’s no secret that property values and rents in Columbus are on the rise, largely driven by scarce inventory, increasing demand and our market’s appeal.  Market rate developments can help address inventory and demand.   But more needs to be done for people who live and work in lower-income areas. CFFA is involved in a new project designed to do just that.

Shiloh Baptist Church has partnered with the Kelley Companies to create an exciting new apartment development in Columbus’ King-Lincoln Bronzeville neighborhood. Ground was broken last month on the 82 market-rate units at 723 Mt. Vernon Ave. on the city’s near east side. The units are being built across from the Shiloh Baptist Church.

Columbus-Franklin County Finance Authority is assisting the project with up to $12 million in capital lease revenue bonds. Anticipated total budget for the project is $10.7 million. “This is such an important step in the revitalization of this historic neighborhood,” said CFFA President Jean Carter Ryan. “We are excited to be involved in the project.”

The project will include two apartment buildings, one across from the church and one next door, totaling roughly 65,000 SF on 1.5 acres. The site will also include 69 on-site parking spaces. According to the Kelley Companies, the partnership has committed to keeping all units affordable to individuals earning the area median income, and over half of the units will be affordable to individuals earning 80% of area median income.

“Shiloh Baptist Church has a long history of supporting the neighborhood and this community,” said Rev. Dr. Otha Gilyard, pastor of Shiloh Baptist Church. “These apartments will add to the revitalization of this area and bring additional affordable housing to Mt. Vernon Avenue. As an anchor, historic institution in the community, I believe it is important to help spur revitalization and growth in the neighborhood of which we have been part for nearly 152 years,” he added.

The complex was designed by Columbus-based architecture firm Schooley Caldwell, and will include amenities such as a first-floor clubroom, a rooftop lounge, a fitness center, and individual balconies and porches for select units. Construction is expected to be complete in December of 2022. 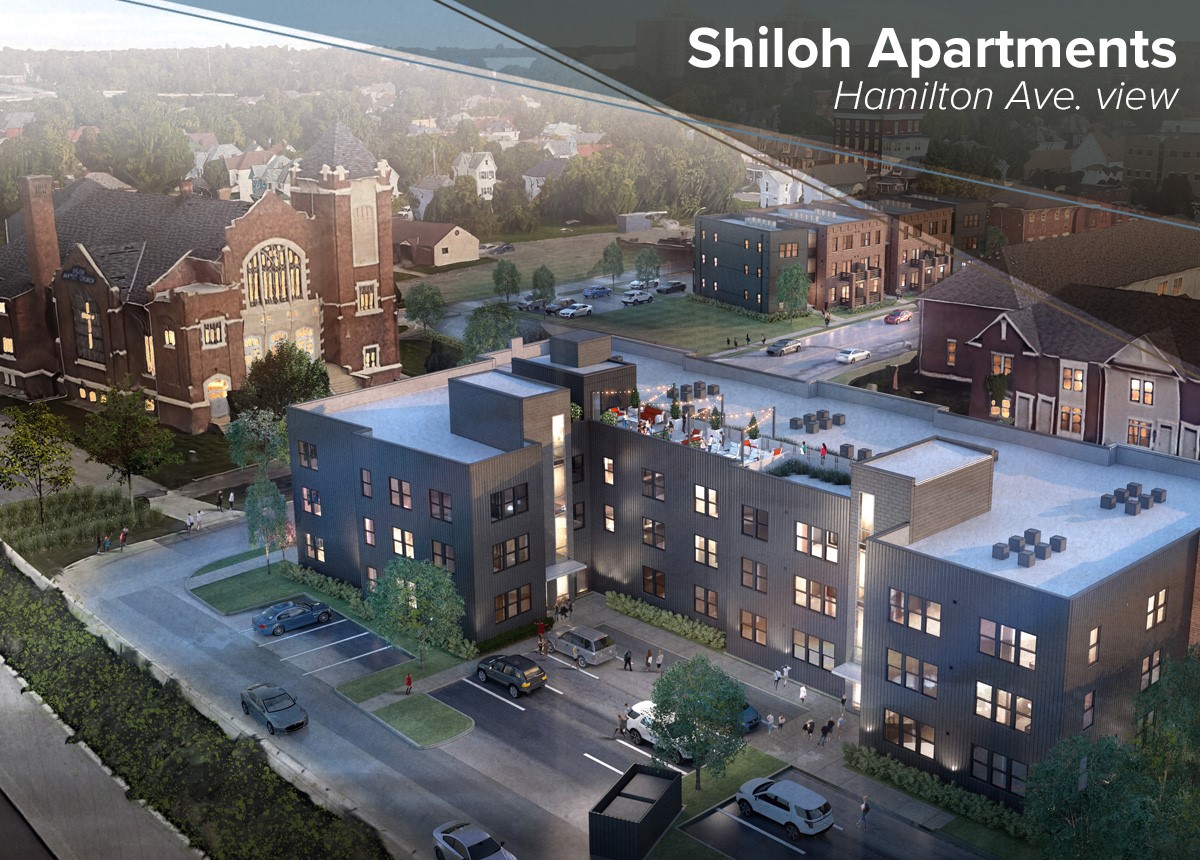 Appreciating and respecting the importance of the church was integral in the development of the new Shiloh apartments. “We were deliberate to enhance the views of the church and avoid competing or conflicting with it,” said Dave Vottero, architectural design director at Schooley Caldwell.

Shiloh Baptist Church is a co-owner of the project and the cash flow it receives from the operations will further its mission in the community and help in maintaining its building, which was listed on the National Register of Historic Places in 2004.

“The foundation of this partnership is trust and a shared interest in serving the community,” said Kelley Companies’ Michael Kelley. “We have the utmost respect for Pastor Gilyard and Shiloh Baptist.  It is Pastor Gilyard’s vision and collaborative spirit that made this possible. Our collective goal is to make sure our work in the neighborhood is a positive catalyst and occurs in a thoughtful and inclusive way.”

Shiloh has contributed 0.73 acres of land to the partnership and Kelley Companies will finance, construct, and manage the project. Rev. Otha Gilyard has been the Pastor of Shiloh Baptist Church since 1993.  Under his leadership, Shiloh assembled various parcels of land adjacent to the site of the church.

According to Kelley, Shiloh Baptist Church’s role as a co-owner of the project is a way of enabling the community’s core institutions to share in the income and wealth creation associated with the new development.

“Shiloh has been an anchor serving this community for almost 100 years,” said Kelley. “It’s important that Shiloh benefits from and influences this new development.”

CFFA continues to explore additional opportunities to facilitate the development of affordable housing in the Columbus region.